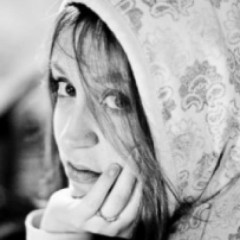 I am a freelance writer, blogger, and new member of the OpenNet Initiative team at Berkman. I maintain a personal blog, Jillian C. York, and cover Morocco, Palestine and the Western Sahara for Global Voices. You can also find me on the Huffington Post, KABOBfest, and Arabisto.

Less than twelve hours after Democratic presidential nomination Barack Obama made waves with his acceptance speech at the Democratic National Convention, John McCain made tsunami with his selection of Alaskan...

Continuing our coverage of the Twittersphere's response to the Democratic National Convention, we move forward to reactions to Barack Obama's speech. Obama, who took the stage at 10:15 EST, started...

Live-Tweeting the DNC: Reactions Leading Up to Obama's Entrance

Perhaps even more so than blogging, Twitter has become a popular tool for getting messages to the public quickly. Users from around the globe have been tweeting about the elections...

The Twittersphere Reacts to Biden's Nomination

This morning, around 3:28 a.m. EST, subscribers to Presidential candidate Barack Obama's text messages received the ultimate announcement - that Obama had finally selected a running mate. His choice? Joe Biden, a senator from Delaware. Although the news was leaked as early as 2:00 a.m. EST, few members of the Twittersphere had anything to say about it. Instead, their reactions were based on Obama's selection of Biden.

As the presidential candidates come together to discuss faith and issues of morality, there's a large contingent feeling excluded. Although they have votes, American atheists and agnostics often feel left out as politicians pander to each religion, but skip past those who eschew faith.

Which super heroes do presidential hopefuls John McCain and Barack Obama see themselves as? Jillian York finds out.

Mazen Asbahi, the attorney who had volunteered as Barack Obama's outreach coordinator to Muslim and Arab-Americans, has resigned after accusations of ties to Jamal Said, an imam at a fundamentalist mosque in Illinois. Asbahi briefly sat on the board of Allied Assets Advisors Fund with Said in 2000. Bloggers from the Middle East react in this post from Jillian York.