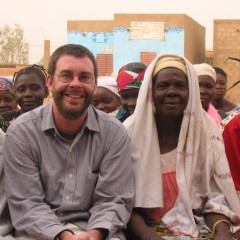 I am a freelance journalist living in Suva, Fiji.

Gaza Attack: Where is Barack Obama?

As Israel's military excursion into Gaza continues, more than a few bloggers wonder if US-president-elect Barack Obama can help put an end to fighting. However, no one has seen or heard much from the future president, leading many to wonder: Where in the world is Barack Obama?

Social Media and The Making of the President

How influential was the web in this year's presidential election? Many onlookers and supporters of Barack Obama claim the President-Elect's mastery of video, audio and blogs helped him win the vote. A few international bloggers debate the role social media played in Obama's victory.

The votes are in: An overwhelming loss for mainstream media

Those of the left, right, center, communist or socialist blocks all agree about one thing: The failure of the mainstream media in its coverage of the road to the White House. Is this merely post-election griping? It can't all be. What issues afflict the mainstream media?

After a long election campaign and an equally taxing Election Day, the results are finally in: Barack Obama will be the next President of the United States. After following this election for so long, the international blogosphere is now ready with its critique of the new President.

The view from the Pacific (and its environs)

As the first results come in, what are people living in Oceania and Asia thinking about the election? John Liebhardt brings us the latest reactions from Australia, New Zealand, Singapore and the Philippines.

A record number of voters in the United States will attempt to cast ballots in Tuesday's election, leading many to worry about the potential for chaos at polling stations across the country. International bloggers look at the problems and some possible solutions.

Barack Obama: A friend of communists and Palestinian radicals?

John McCain's campaign tried to tie Barack Obama to Rashid Khalidi, whom it called a "neo-nazi," "radical professor" and a "former Palestine Liberation Organization spokesman." What do international bloggers think about these claims?

Sunday's U.S. helicopter attack in Syria showed that the Bush administration is now using a more aggressive approach towards suspected insurgents in the region. With less than a week to go before the Presidential election, how will this new strategy affect the Obama and McCain campaigns in the eyes of the voters?

For many of us, scanning poll results have become a fixture of politics. The media has long been criticized for covering elections much like a horse race instead of concentrating on issues and probing the mind of voters. Candidates often complain about the polls, too, especially when those results show them trailing. International bloggers weigh in.

As the presidential election zooms towards the final lap, Africa finds itself in the throes of debate for the first time since the major party primaries ended in June. Since Barack Obama and John McCain beat back their respective challengers earlier this year, the two major party candidates have focused on other issues in the race for the presidency, like the global financial crisis and the wars in Iraq and Afghanistan. Regardless of not having a place at the table, many Africans and African bloggers have followed the U.S. presidential race with keen interest.